Strangers in Budapest: A slow-paced mystery

In this slow-paced thriller an American couple starting a business in Budapest meet an elderly man hunting the son-in-law he believes murdered his daughter. 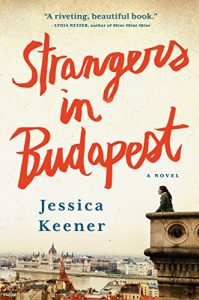 Strangers in Budapest (Digital galley, Algonquin Books) is part travelogue and part mystery. But the combination doesn’t work as odd Wikipedia-sounding entries disguised as narrative pop into the story. (Children who live in Budapest have a 10 percent higher chance of developing asthma than those living in the countryside.)

The story by Jessica Keener unfolds at too slow a pace and seems to circle back on itself, with the characters doing things that don’t move the plot forward. Unfortunately it was difficult to become invested in this mystery.