Here is a roundup of reviews for five summer of 2017 releases. All, but for The Windfall, are recommended. 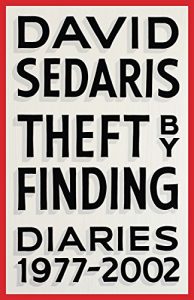 David Sedaris opens up his journal from 1977 to 2002 and shows his sharp eye for the absurd. Fans of Sedaris’ previous books will find a lot to enjoy in this volume, but anyone new to Sedaris’ work will be sure to enjoy his unique humor and keen observations of day-to-day life. His journal takes him from North Carolina to Chicago, New York, France and Great Britain, but he is at his best as an observer of modern life in the United States. 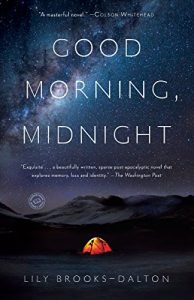 This beautifully written debut novel is set in a post-apocalyptic world where the radio waves have gone mysteriously quiet. The survivors inhabit remote locations in the arctic and on a spacecraft returning from Jupiter, and are left with plenty of time to ponder the fate of humanity and their own ambitious lives. What was once important may seem meaningless as the world comes to an end. This engaging book is a wonderful addition to the post-apocalypse genre. 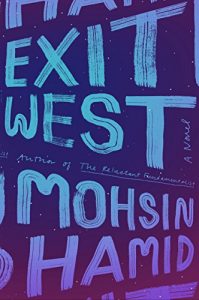 In this mystical novel, immigrants travel between cities through portals that appear in doorways. While the commentary on current immigration issues is not so subtle, the book manages to rise above the politics and tell a touching story of love and loss in the near future.

The Leavers by Lisa Ko 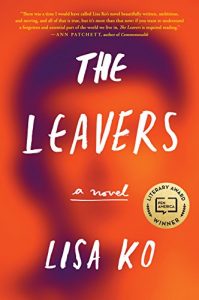 When his undocumented Chinese mother fails to return home one day, Deming Guo is left without direction. He is eventually adopted by a pair of professors, but he continues to struggle with his identity as he tries to make sense of what happened that day long ago. This is an ambitious debut novel that explores questions of identity and a person’s responsibility to them self and to others.

The Windfall By Diksha Basu 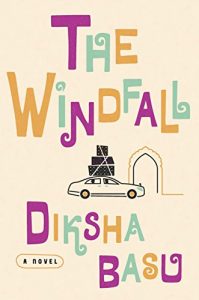 When Mr. and Mrs. Jha have a financial windfall and move into one of New Delhi’s finer neighborhoods they set in motion events effecting those closest to them. At times this social satire veers into farce as Mr. Jha goes to great lengths to show that he is worthy of his new neighborhood. The book is a little too cute at times as the characters bid to outdo each other with financial oneupmanship and get tied up in social misunderstandings better suited to an 80s sitcom. The resolution to the novel, unfortunately, is unfulfilling as it comes seemingly out of nowhere in the final pages.