Sending the order form to the design spa

I spent a lot of time yesterday and today upgrading the look of the print order forms and shopping carts on Vintagraph and Shorpy. The old design looked clunky and had a very 1999 feel to it. It was basic html and lacked the appeal of most modern web stores.

With the new design I wanted to present a more sophisticated look and, on Vintagraph, help people make a purchase choice based on our most popular print size. That’s a tip I picked up from The Smashing Book (highly recommended). So I layered on some CSS, settled on a color scheme I liked and put together something that looks significantly better and more professional.

I also moved Shorpy over to the same shopping cart system we’ve been using on Vintagraph. Previously all orders on Shorpy went directly to PayPal, which was a turnoff for some people. And although it was possible for people to pay with a credit card without creating a PayPal account, it was not at all clear how to do so. We surely lost some sales from people who didn’t want to create a PayPal account.

Our new cart lets people pay directly with a credit card or choose PayPal or Google checkout. It also looks and behaves like a familiar shopping cart and makes it easier for us to manage shipping rates and discounts. 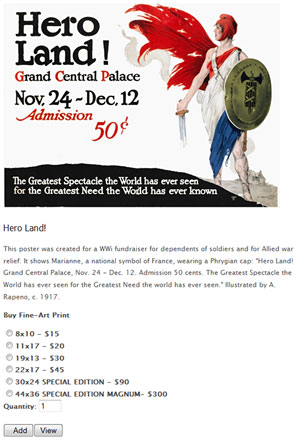 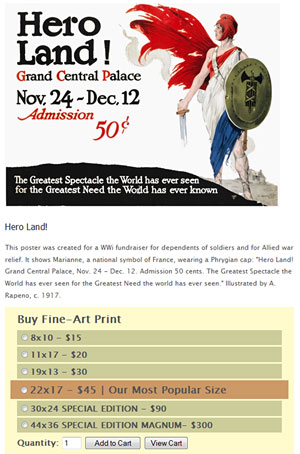